In response to last week’s severe weather, the Louisiana National Guard mobilized hundreds of guardsmen and deployed assets to assist communities with emergency needs. The Guard, along with agencies from across the state, continues to work tirelessly to help our people recover. #lagov

For a solution to your flooding get in touch.
For Immediate Response Call: (504) 813-7303 or email david@usfloodcontrol.com
.

It’s a new year. Do you need a new flood protection plan?

There are many causes of flooding.  Rain fall of a prolonged duration, high winds over water, dam failure, the breakdown of retention ponds and levees, and high snow melt. Flooding can also be forwarded by natural causes like wildfires that can reduce or even devastate vegetation such as low shrubs and indigenous grasses that would normally absorb rainfall.

Because of any of these conditions floods may occur on streams and rivers overflowing their banks into areas known as flood plains.

Even without rainfall the shorelines of lakes and bays can flood due to high winds that blow water into low shorelines.

All coastal areas are vulnerable to high tides and are even more susceptible to high wind, hurricane and storm surges.

Any of these scenarios can affect your home or commercial properties.

Tiger Dam™ and U.S. Flood Control have a number of solutions to flood protection and containment for you your home, businesses and community properties.

For a solution to your flooding get in touch.
For Immediate Response Call: (504) 813-7303 or email david@usfloodcontrol.com
.

The city of Detroit plans to start installing temporary dams next week for $2 million to protect against rising Detroit River levels. 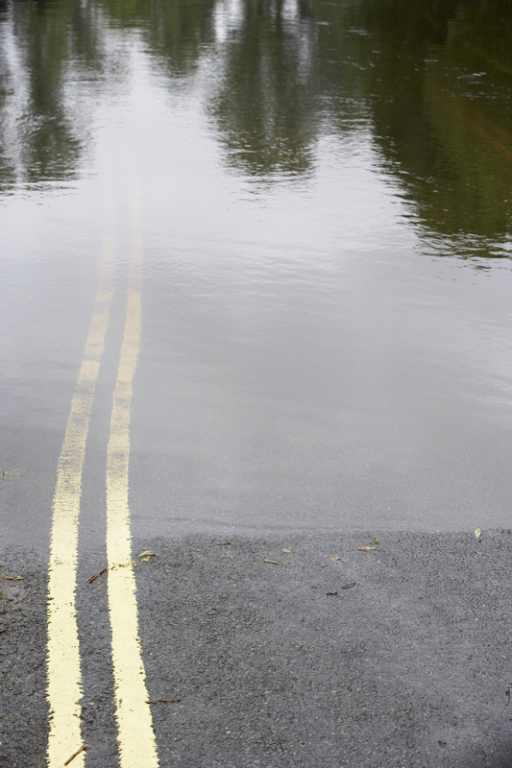 The main causes or categories of flooding are, ravine, coastal & urban, areal and catastrophic.

These categories are based on the factors that trigger the flooding such as the source of the floodwater.

Areal flooding can occur in any mountainous area where heavy rainfall combined with excessive spring snowmelt overflow flood plains or saturated soil areas. This type of flooding wreaked havoc in Calgary in 2013 leaving water as high as row 10 in the downtown Calgary Flames Saddle Dome.

Ravine flooding generally occurs with excessive seasonal rainfall. The end result is the overflowing of riverbanks or the rise in lake levels at the ravine or river mouth. An example of this type of flooding caused extensive damage in the last couple of years in the Okanagan water systems of British Columbia, impacting the cities of Kelowna & Penticton.

Urban flooding can be caused by any number of high water events. Rainfall, snowmelt, flash flooding along with aging drainage systems can cause water levels to rise up through sewers, floors, manholes, even toilets making homes and large stagnant areas caustic and unhygienic.

Failing infrastructure like a collapse of a dam or levy like in New Orleans during hurricane Katrina.

Tsunamis are also an example of catastrophic flooding effecting huge coastal areas like Japan in 2011.

Many of these types of flooding can be mitigated with the use of Tiger Dams™. Tiger Dam™ is completely reusable, and is the ONLY system patented to connect together to create an impervious barrier for miles, in any shape (circles, 90 degrees turns etc.) and is the ONLY system that is stackable, from 19 inches to 32 ft. in height. 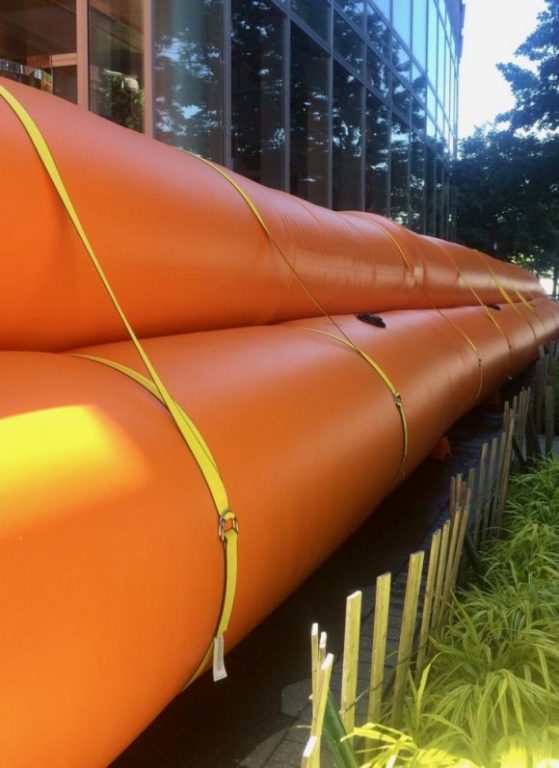 As the Fraser River rises in British Columbia campgrounds close and evacuations continue.

Canadian military is enroute to aid with evacuations as BC awaits another rise in water levels while uncommon heat waves hit the province. US Flood Control and Tiger Dams™ is now on hand to secure parts of the province from flooding.

From Chilliwack to Penticton Tiger Dams™ have helped British Columbia residents and cities hold back rising lake and river water and protected millions in personal and government properties. 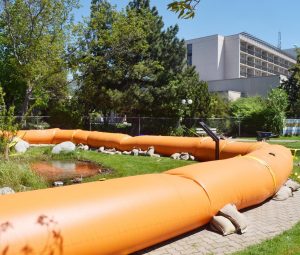 With the level in Okanagan Lake expected to continue rising this week, completion of a temporary dam system along the Penticton waterfront’s most vulnerable points could not have come sooner. 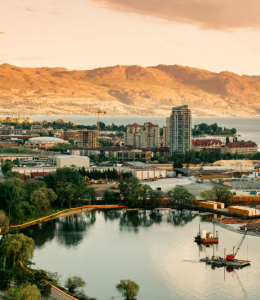 After last years epic flooding in Kelowna and Penticton, Kelowna prepares for this years expected rise in water levels in the area due to the melting snow pack and rain fall.

BC Wildfire services set up Tiger Dams™ in preparation.

Read this article by Andrea Peacock in the Kelowna Daily Courier for more information… https://bit.ly/2ETXdky

US Flood Control & Tiger Dam™ Systems has been called to flood zones all over the world.  Contact US Flood Control today to find out how inflatable dams can prevent flooding.
Call (504) 813-7303or email at david@usfloodcontrol.com.

US Flood Control & Tiger Dam™ Systems has been called to flood zones all over the world.  Contact US Flood Control today to find out how inflatable dams can prevent flooding.
Call (504) 813-7303or email at david@usfloodcontrol.com.